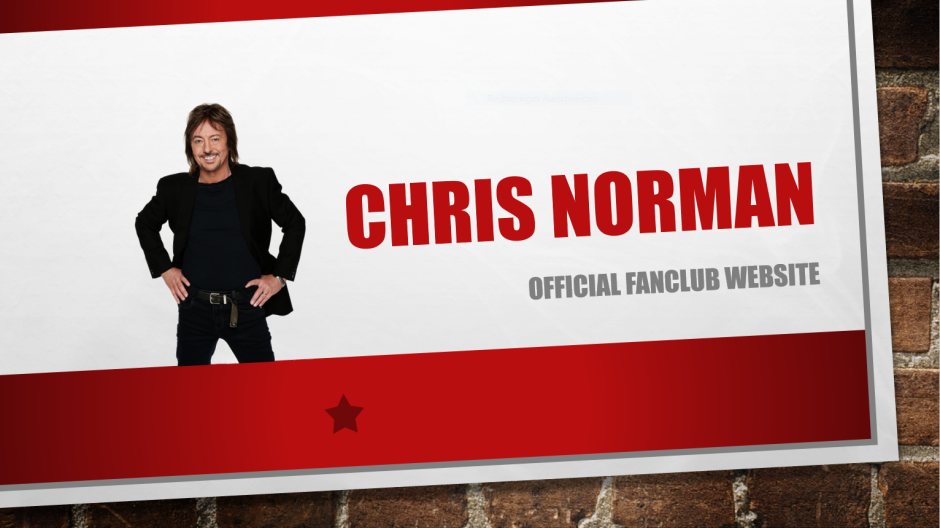 ... that together with Alan and Terry Chris supported

background singer on her first Solo

... that Smokie did also the background singing for the Album

... Chris produced the Album “This time” of the English national

... that Chris did Duetts with several artists like Suzi Quatro,

... that you can watch Chris as an “actor” in the TV Movie

... that Chris did the song “Come together” for a cinema

... that Chris is Ambassador for a children’s hospice in Germany?

... that Chris is an actor in the film "Selbstgespäche"?

...Chris 2019 contributed the song "Battle of the sexes" to Bonnie Tyler's album "Between
the earth and the stars" , which she sings together with Rod Stewart?